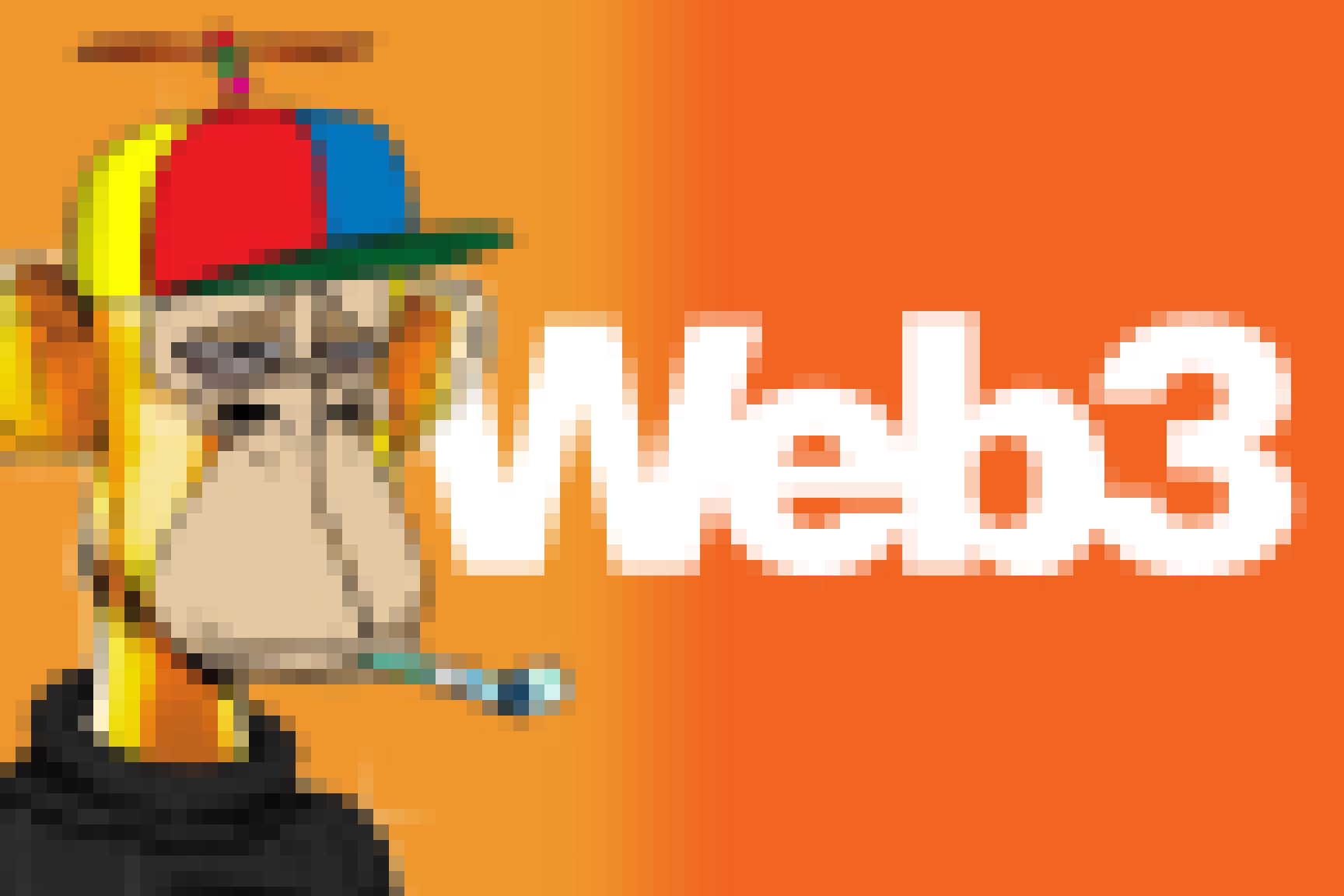 We can’t change the world if nobody understands what we’re talking about.

“Welcome to Web3. A world filled with unicorns, long acronyms, market-moving memes, and slang that changes quicker than a well-executed rug pull.”

Whether you’re excited by the potential or mostly indifferent, it has become increasingly difficult to ignore web3. It has exploded into the public consciousness over the last 12 months.

Money and talent are pouring in too. According to a New York Times article by Kevin Roose this March, venture capital firms invested more than $27 billion into crypto-related projects in 2021 — more than the 10 previous years combined — with much of that capital going to web3 projects.

Yet despite this growing awareness and investment, web3 remains an enigma to the vast majority of consumers.

Unless the web3 community can get average consumers to understand what they’re doing and value it, web3 will remain an insider’s game.

What do we even mean by web3? We have NFTs (non-fungible tokens), cryptocurrencies, the metaverse, blockchain and DAOs (decentralized autonomous organizations). It’s not just one thing we don’t understand. It’s a lot of things we don’t understand. What’s in? What’s out? And how do all of these pieces fit together?

It’s hard to imagine it now, but there was a time when websites came with instruction manuals. We’ve made a lot of progress since then, and we’re not going back.

“My strongest-held belief about crypto…is that it is terribly explained.”

If these struggles with web3 theory aren’t enough, the practice can be challenging as well.

Moxie Marlinspike, a cryptographer and the creator of Signal, took a look at web3 in a recent blog post (My First Impressions of Web3) where he described his experience on OpenSea, the world’s largest NFT marketplace:

“When you think about it, OpenSea would actually be much “better” in the immediate sense if all the web3 parts were gone. It would be faster, cheaper for everyone, and easier to use. For example, to accept a bid on my NFT, I would have had to pay over $80-$150+ just in Ethereum transaction fees. That puts an artificial floor on all bids, since otherwise you’d lose money by accepting a bid for less than the gas fees. Payment fees by credit card, which typically feel extortionary, look cheap compared to that.”

He didn’t even mention that before he could use OpenSea, he’d have to open an account on a cryptocurrency exchange like Coinbase and then buy some crypto to spend on the platform because OpenSea doesn’t accept dollars or other traditional currencies. Though it does take credit cards as of this April.

To be fair, web1, the original web, started with jargon and accessibility challenges too (dial-up modems anyone?). And it took a few years to get it right. But the vision was easy for everyone to understand: Ready access to all the world’s goods, services and information.

The promises of web3 are less intuitive, and arguably less inspiring:

As Marlinspike noted in his blog post, “decentralization itself is not actually of immediate practical or pressing importance to the majority of people.”

And transfer of power back to the people? Sure. Just don’t make us work too hard for it.

We’re not even close. But potential is emerging. And as Roose put it in his New York Times piece, “I’ve…learned, in my career as a tech journalist, that when so much money, energy and talent flows toward a new thing, it’s generally a good idea to pay attention, regardless of your views on the thing itself.”